If you’re looking to experience the wonderful fare offered by the artisans of Kangaroo Island then look no further than this tempting but relaxing tour which takes in the food and wine producers of this island paradise.

Kangaroo Island has long been known for its wildlife, coastal scenery and rolling hinterland. Kangaroo Island Wilderness Tours can still take you to all these places in style & the comfort of its exclusive Land Rover fleet.

Your “Tasting KI” begins when you are greeted at your accommodation by one of our local guides and taken to Kingscote, the main town on the island for a seafood introduction at Ferguson’s Lobster.

Kangaroo Island seafood graces tables worldwide, with Ferguson’s being a major player at all levels in the industry.

You will inspect their processing plant where Southern Rock Lobster and other crustaceans are viewed in tanks. Be sure to watch out for the Giant crabs!

Tastings of Lobster, Crayfish oil and other delights are a great way to get your tastebuds working.

From Ferguson’s it is a short but scenic drive into the Cygnet Valley. Leaving Cygnet River, you will journey to the small seaside hamlet of American River, situated on the shores of Eastern Cove and neighboured by Pelican Lagoon. The birdlife on offer at this destination is breathtaking, with over 80 species identified within the town.

But it’s Oysters you have really come to see and taste.

Kangaroo Island Shellfish farms the Pacific Oyster (Crassostrea Gigas) in the clean, sheltered waters of Eastern cove. These fat, juicy Oysters are the hit of the annual Feastival, where folks don waders and make a short sortie to moored dinghies that serve oysters off the stern!

You won’t have to wade out for your oysters, but you will get to taste them & view the processing. A small purchase of a dozen or two for lunch rounds out this visit. 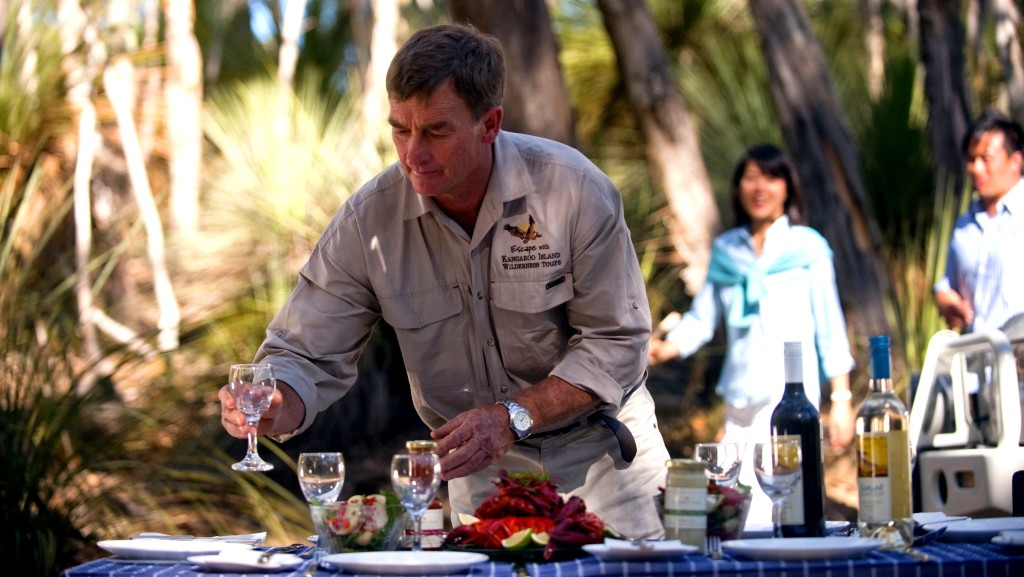 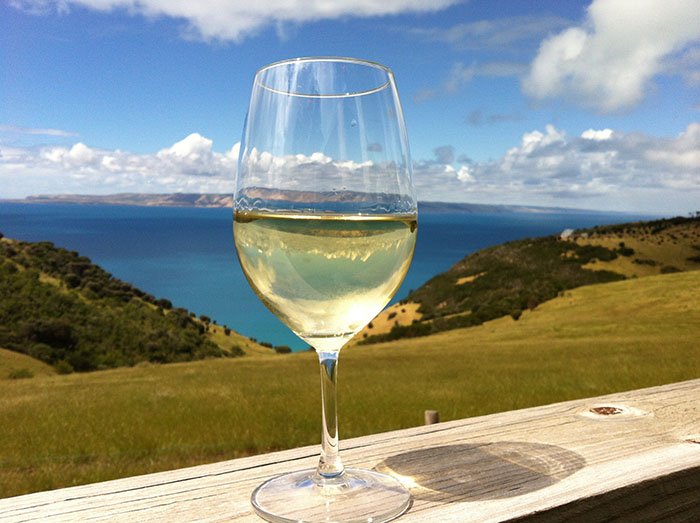 The “Tasting KI” lunch will feature KI produce with tastings of Marron, Crayfish (in season), King George Whiting as all possible starters. All accompanied by a selection of Kangaroo Island fine wine. Enjoy this in a picturesque creek bed setting on a secret location, exclusive to Kangaroo Island Wilderness Tours.

Kangaroo Island’s very first winery, Dudley Wines has its cellar door situated in a spectacular spot overlooking Backstairs Passage, with views across to the mainland.

Sit back and relax on their deck, enjoying award winning wines with evocative names such as Shearing Shed Red and Porky Flat Shiraz.

You won’t want to leave, but further temptation awaits as you leave the Dudley Peninsula and drive through rolling farmland to the Islander Estate vineyard, nestled in the hills backing the Cygnet valley.

French winemaker Jacques Lurton will proudly show you (when in town!) the vines and then to the barrel room for a sampler and an opportunity to purchase your special choice.

As the sun sinks lower it ushers in cocktail hour and what better place than Kangaroo Island Sprits (KIS) to indulge. Enjoy a short lesson on spirit fermentation, even design a cocktail of your own or enjoy one of the many intriguing spirits, made right here on location.

With your own driver and guide, it’s then a safe & short trip back to your accommodation or connecting flight to Adelaide. This tour is being offered on a private and shared basis. Destinations will be subject to change due to seasonal availability of some products and weather restrictions.

Please email us directly if you re interesting in this Tour as it is not yet available for direct booking online. 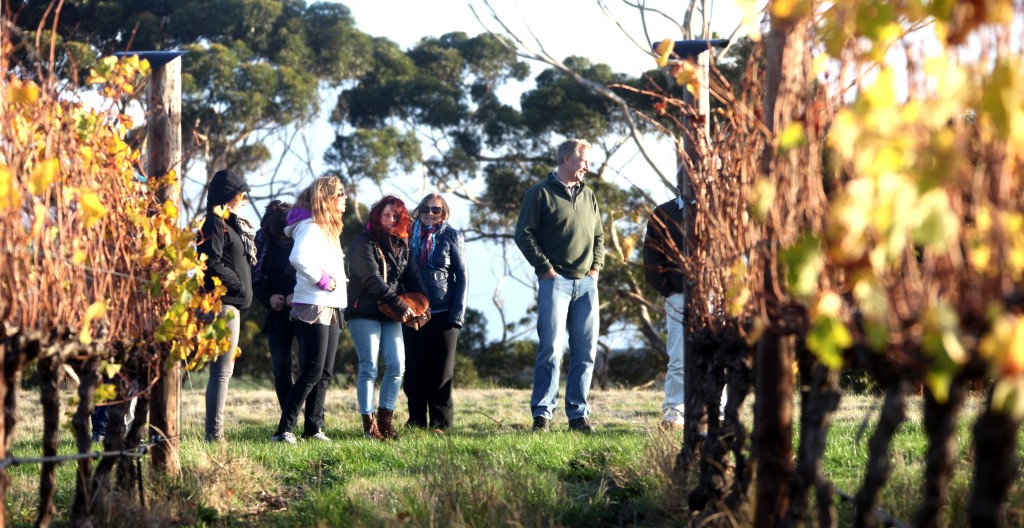